This is an URGENT APPEAL to join GOONJ in its campaign ‘RAHAT FLOODS’ to provide support.

The situation is alarming and millions of people are affected by the devastation.

Some of the urgent requirements are-

7. Sturdy Back Pack- for material storage and its lifting

Logistical support- transport – to carry material from Goonj offices to new hubs in the areas and from our other city offices to Delhi which will operate as the central hub, big storage spaces in Delhi, Mumbai, Bangalore, Hyderabad, Kolkata & Jalandhar.

Join the campaign, do spread the word. Use your face book, twitter, e-mail and websites to spread the message..

3 comments on “AN URGENT APPEAL”

Translate in your language

Translate this blog into different languages... 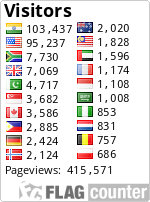 “Proud to be an Indian”.

The Diary of a Young Girl
by Anne Frank

Share book reviews and ratings with Hemant, and even join a book club on Goodreads.

Be afraid to die until you have won some small victory for humanity.”
--Horace Mann

“You must do something to make the world more beautiful.”
~Miss Rumphius

“Privilege is being born on third base and thinking you hit a triple.”
~ Ann Richards

“The most astonishing thing about miracles is that they happen.”
~G.K. Chesterton

“Some people see things as they are and say why? I dream things that never were and say why not?”
~Robert F. Kennedy (quoting George Bernard Shaw)

“The opposite of love is not hate. It is indifference.”
~Abraham Joshua Heschel

“Nature never did betray the heart that loved her.”
-William Wordsworth

Give light and people will find the way.
~Ella Baker

“I am a little pencil in the hand of a writing God who is sending a love letter to the world.”
--Mother Theresa

“To do good, you actually have to DO something.”
Yvon Chouinard

“A hungry man is an angry man.”
-Bob Marley

“It doesn’t matter where you come from, what matters is where you are going.”
~Ingrid Munro

“I had a lover’s quarrel with the world.”
~Robert Frost

“Every day is a new chance to choose.”
- Ishita Gupta –

“If you can’t feed a hundred people, feed just one.”
- Mother Theresa

“I’d rather learn from one bird how to sing, than to teach ten thousand stars how not to dance”
e.e. cummings

“Every man must decide whether he will walk in the light of creative altruism or in the darkness of destructive selfishness.”
-Dr. Martin Luther King, Jr

“Education is the most powerful weapon which you can use to change the world.”
- Nelson Mandela

“No one can do everything, but everyone can do something, and if we all do one thing, we can change the world.”
Who you are is God’s gift to you. Who you become is your gift to God.

“What you seek is seeking you.”
-Paulo Coelho

“A room without books is like a body without a soul.”
~Cicero

• Many of life's failures are people who did not realize how close they were to success when they gave up.

• We choose our joys and sorrows long before we experience them.

• Smile, it increases your face value.

• Always bear in mind that your own resolution to succeed is more important than any other one thing.

• Happiness is not a goal, it is a by-product.

• Men can only be happy when they do not assume that the object of life is happiness.

• A pessimist sees only the dark side of the clouds, and mopes; a philosopher sees both sides, and shrugs; an optimist doesn't see the clouds at all-he's walking on them.

• It's your aptitude not just your attitude that determines your ultimate altitude.

• The greatest discovery of my generation is that a man can alter his life simply by altering his attitude of mind.

• It is not the position, but the disposition.

• Men take only their needs into consideration, never their abilities.

• Believe and act as if it were impossible to fail.

• For success, attitude is equally as important as ability.

• Human beings can alter their lives by altering their attitudes.

• Nothing is good or bad, but thinking makes it so.

• We are all in the gutter, but some of us are looking at the stars.

• Failure is always temporary, only giving up makes it permanent.

• Do a little more every day than you think you can.

• When character is gained, everything is gained.

• The best way to predict the future is to create it.

• Be critical of both new ideas and accepted wisdom.

• Life is ten percent what happens to you and ninety percent how you respond to it.

• Keep your face to the sunshine and you can never see the shadow.

• A healthy attitude is contagious but don't wait to catch it from others. Be a carrier.

• If you don't like something, change it. If you can't change it, change your attitude. Don't complain.

• To change and to change for the better are two different things.

• "A house can have integrity, just like a person, and just as seldom."

• "People were his protection against people. Howard Roark had no sense of people."

• "One can't love man without hating most of the creatures who pretend to bear his name."

• "Worry is a waste of emotional reserve."

• "There is a stage of worship which makes the worshiper himself an object of reverence."

• "Every form of happiness is private. Our greatest moments are personal, self-motivated, not to be touched."

• "Whatever their future, at the dawn of their lives, men seek a noble vision of man's nature and of life's potential."

• "His face was closed like a safety vault; things locked in safety vaults are valuable; men did not care to feel that."

• "Show me your achievement - and the knowledge will give me courage for mine.

• "She could not have reached this white serenity except as the sum of all the colors, of all the violence she had known."

• "They talked quietly, with a feeling of companionship such as that of an old married couple; as if he had possessed her body, and the wonder of it had long since been consumed, and nothing remained but an untroubled intimacy."

• "I am a man who does not exist for others.

• "...the person who loves everybody and feels at home everywhere is the true hater of mankind. He expects nothing of men, so no form of depravity can outrage him."

• Perfection is an illusion we all aspire to achieve

• I cant change myself becoz it is difficult to alter perfection.

• Do not confuse Excellance with Perfection,Excelllance we can aim for,perfection is totally God's business!

• Practice never makes a man prefect, perfect practice does that!!

• I've achieved PERFECTION only others differ on my views.

• I m perfect at perfection

• Nobody is perfect, I am Nobody.

• You are always doing something marginal when the boss drops by your desk.

• People are always available for work in the past tense.

• If it wasn't for the last minute, nothing would get done.

• At work, the authority of a person is inversely proportional to the number of pens that person is carrying.

• When you don't know what to do, walk fast and look worried.

• You will always get the greatest recognition for the job you least like.

• No one gets sick on Wednesdays.

• When confronted by a difficult problem you can solve it more easily by reducing it to the question, 'How would the Lone Ranger handle this?'

• The longer the title, the less important the job.

• Machines that have broken down will work perfectly when the repairman arrives.

• An 'acceptable' level of employment means that the government economist to whom it is acceptable still has a job.

• Once a job is fouled up, anything done to improve it makes it worse.

• All vacations and holidays create problems, except for one's own.

• Success is just a matter of luck, just ask any failure.

• Everything can be filed under 'miscellaneous.'

• Never delay the ending of a meeting or the beginning of a cocktail hour.

• To err is human, to forgive is not company policy.

• Anyone can do any amount of work provided it isn't the work he is supposed to be doing.

• Important letters that contain no errors will develop errors in the mail.

• The last person that quit or was fired will be the one held responsible for everything that goes wrong - until the next person quits or is fired.

"Friendship is a single soul dwelling in two bodies." -Aristotle

"I don't need a friend who changes when I change and who nods when I nod; my shadow does that much better." -Plutarch

"Lots of people want to ride with you in the limo, but what you want is someone who will take the bus with you when the limo breaks down." -Oprah Winfrey

"The friend is the man who knows all about you, and still likes you." -Elbert Hubbard

"True friends stab you in the front." -Oscar Wilde

"The man who has no imagination has no wings." -Muhammad Ali

"Action is the real measure of intelligence." -Napoleon Hill

"A man who dares to waste one hour of time has not discovered the value of life." -Charles Darwin

“Get mad, then get over it.” -Colin Powell

“The secret of business is to know something that nobody else knows.” -Aristotle Onassis

“All the things one has forgotten scream for help in dreams.” -Elias Canetti

“The future belongs to those who believe in the beauty of their dreams.” -Eleanor Roosevelt

3. "As long as your going to be thinking anyway, think big." - Donald Trump

4. "When somebody challenges you, fight back. Be brutal, be tough." - Donald Trump

5. ”There is no vaccine against stupidity” – Albert Einstein